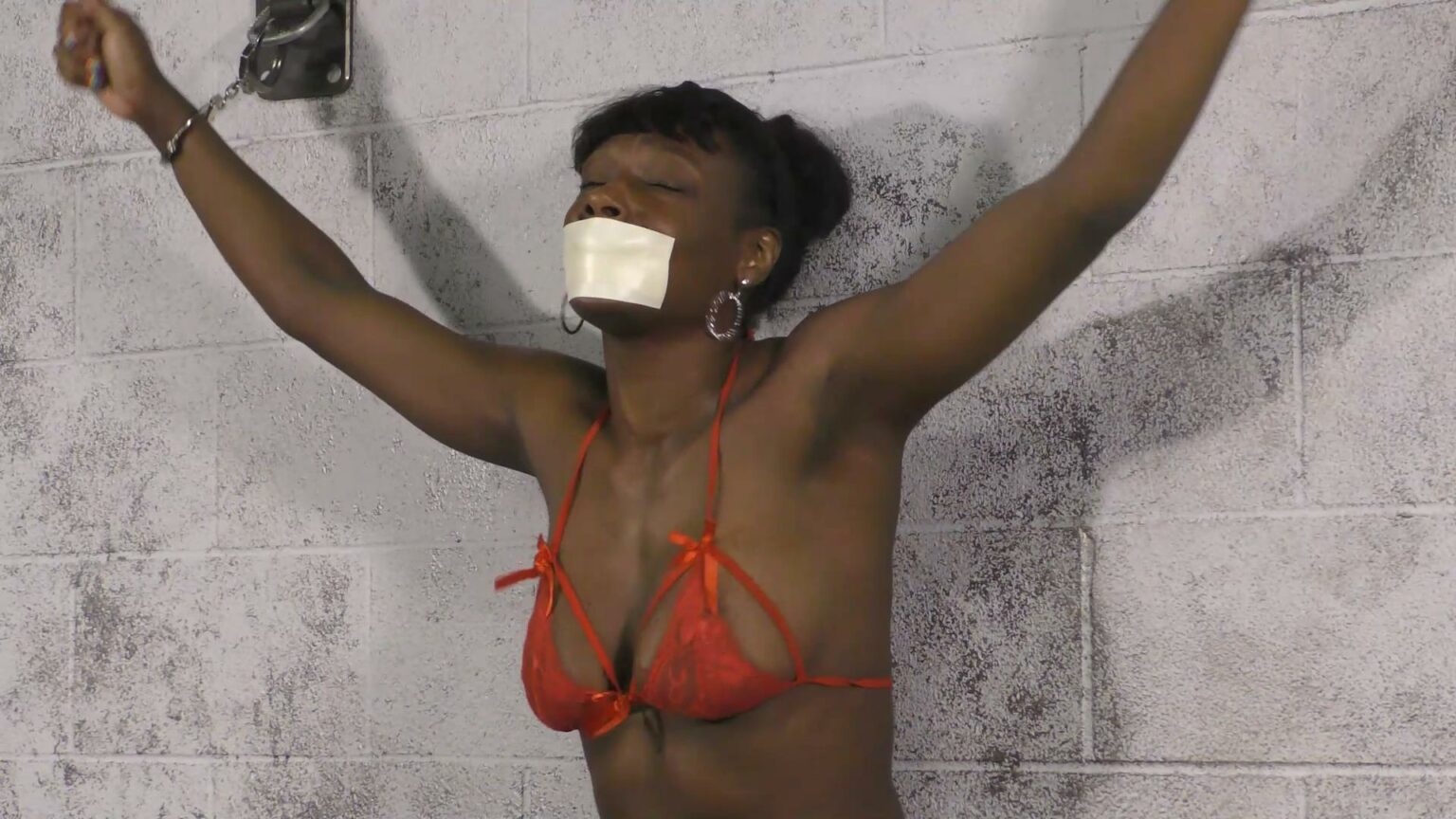 This was my first time shooting with Paris. She was a lot of fun to work with. While she is more known for her wrestling videos and sessions, she definitely seemed to enjoy being bound and gagged as well.

The inspiration behind this video comes from a series I have been thinking about producing around the connection of bondage and magic, the fantasy of a supernatural force being able to seduce and bind women and the use of magic to make their capture and restraint ineescapable.

The idea is that someone has created a trap for them, one which will render them helpless and at the mercy of their mysterious captor. In this case, the opening of a box she has been told not to touch. She finds a stack of bondage magazines and isn’t sure what to make of them, but she is intrigued by the content. The box seems to hold some kind of secret or mystery. Of course, her curiosity gets the better of her…

Once the box is opened, strange things start to happen. First, handcuffs mysteriously appear and are locked on. Next, she finds herself transported to a dungeon, chained to the wall. Slowly her clothes start to disappear and finally she is gagged and left to squirm in helpless desperation.

What happens next is up to the viewer to decide as the camera pans outside from the house, to the sounds of gagged pleading, rattling handcuffs, and desperation.