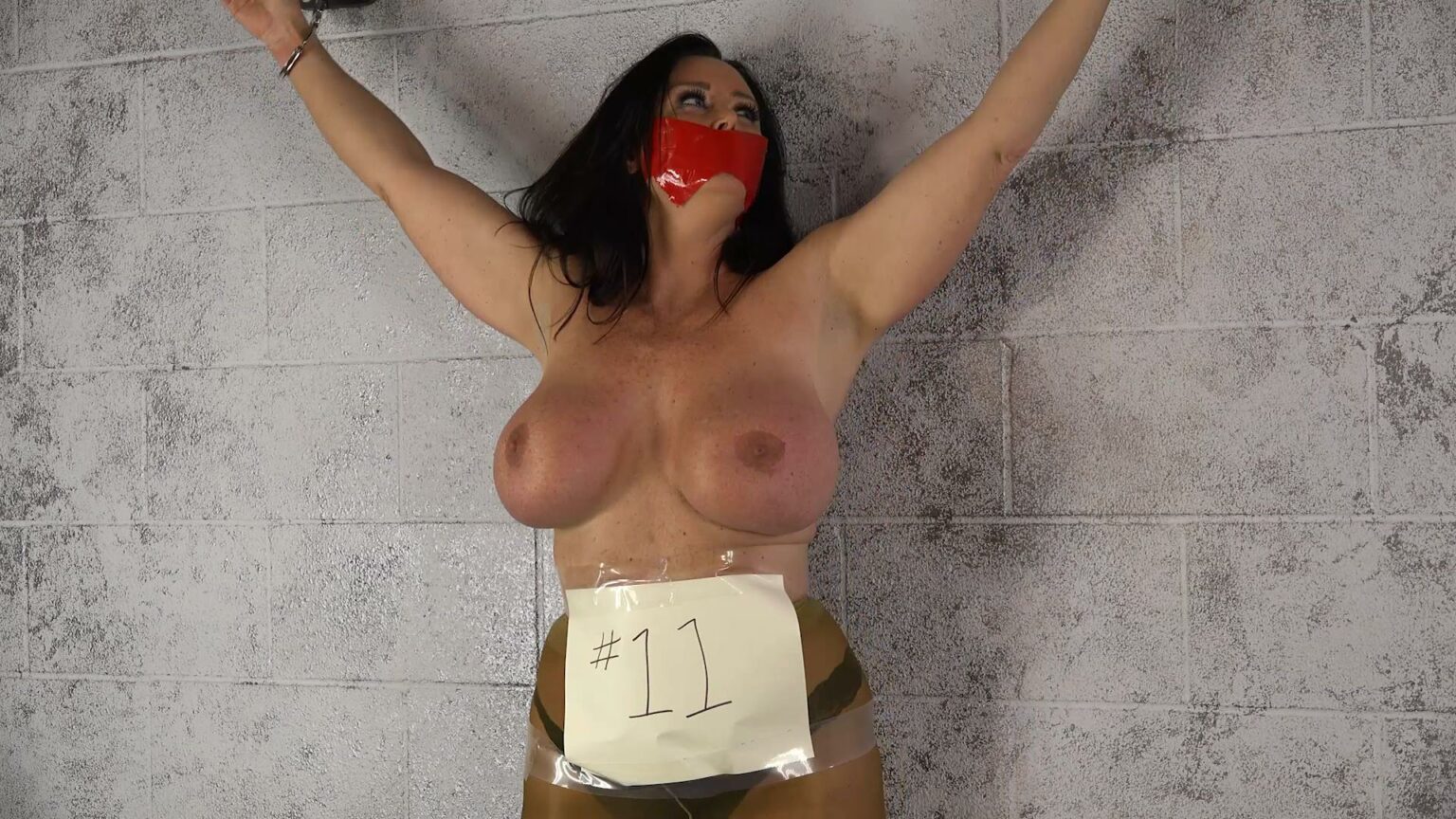 One of the bestselling videos from the Gagged Girls Stories collection, featuring Christina Carter.

Christina is working as a political analyst for a major and extremely successful politician and decides that she could make a fortune by blackmailing him. With the #MeToo movement in full swing, she fabricates a story about sexual harassment and threatens to go public on the eve of the election.

Little does she know, but her political boss knows just how to deal with these kinds of problems and Christina finds herself whisked away to a secret location where she is bound and gagged.

She is taken to a secret location and finds herself bound, helpless to resist. After being forced to strip and being left topless and clad only in her pantyhose, she remains resistant and continues to make threats about exposing the candidate.

Once the gag goes on and her mouth is securely taped shut, does she slowly begin to realize what is happening. A woman’s voice begins to broadcast ominous messages over the loudspeaker, giving hints and clues about what is to come, but it isn’t until she is approached again by her captor that she realizes her is not just going to be bound and gagged, but she is going to be sold to the highest bidder!

As the panic sets in, Christina realizes her fate and she desperately tries to escape, but the steel handcuffs hold tight and the tape gag makes it impossible for her to even protest.

Eventually, the auction ends and she is carted up and put on a truck for shipping to her new owner.

This is one of the earliest videos in the “Sold Into Slavery” series and remains one of my favorites and I think Christina’s reactions and struggling makes this a very special and very fun video!